There’s a rainbow at the end of the storm 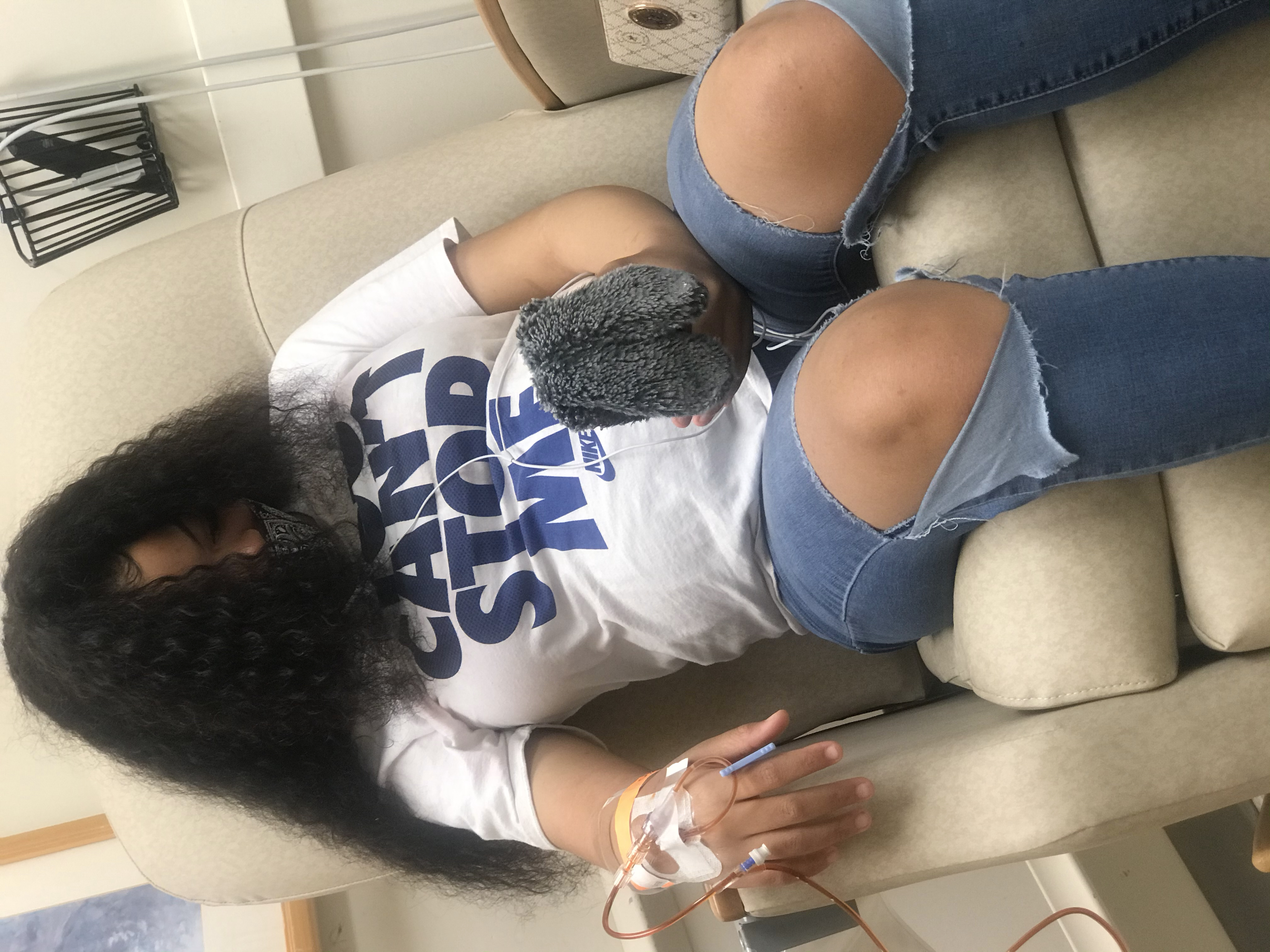 Hi, my name is Jayla and I’m 18 years old. I was born in Miami, Florida but raised in Georgia. I’m a mother of 1. I became pregnant at the age of 17. I didn’t know how to tell my mom so I hidden my pregnancy until I was 5 months pregnant. It was no way I could hide my big belly so I had to come clean. Before, I came clean my mom relieved all the stress from my shoulders and told me that she knew before I could even tell her. The conversation went smoothly and it weren’t so bad as I expected. Since we are in a Pandemic no one in school saw my belly because everything was virtual. No one knew I was pregnant but, the people in my household and my child father. I went to my first doctor appointment for my baby at 5 months pregnant. My second doctor appointment with my oldest sister Changed my life. The doctor did an ultrasound to check on my baby and measured my baby limbs. Once the doctor measured my baby limbs she ran out the room and grabbed another doctor to confirm what she was measuring. I was shaking in fear because, my baby ultrasound looked good to me. The doctor told me that my baby limbs were all different lengths. The name for it was called, “skeletal dyspsia”. I thought to myself “maybe the baby just need to grow some more because I’m not due for delivery no time soon”. Then, I was told that my baby would be short and it crushed my heart. I was boiling my eyes out. Don’t get me wrong I love short size people that I meet but, I never thought in 100 years I would birth one. That’s not the only thing that crushed me. I was also told that since my baby would have a small chest and it wouldn’t give his lungs enough space to expand properly so he would die at birth. Hearing news like that put so much stress on me. I tried my hardest to think positive and don’t allow the bad to over power the good. But I didn’t have much good about my pregnancy. So I would cry everyday. Each doctor appointment would drag me down more and more. I would be reminded every time that my son wouldn’t live. So I stopped going to my appointments because, it was nothing they could do to save my son.

Preparing myself for delivery was like preparing myself for a funeral. I kept trying to build my strength an believe in god can do a big miracle for me. Even though I felt as if I don’t deserve it because I sin. I started going to church with my son great grandmother. I felt like the pastor was talking straight to me. I was told this multiple times from family members that “doctors aren’t god and I need to stop repeating bad news because, your tongue is powerful”. Once I started repeating that as my daily affirmation I grew a bond to my belly even stronger then before”. My tears stopped flooding my face daily . I would pray over my belly and speak life into my son life. I stopped repeating bad news to everyone. If someone asked how is my baby I would say, “ he’s doing great and very healthy”. If people would ask me if my son move a lot I would say, “yeah, he won’t stop moving”. Even if he didn’t move much because, that would only down me.

Delivery day changed my life forever. I was told again that my son wouldn’t make it during birth but, I didn’t shed a tear because, I knew god would answer my prayer. Before giving birth I will always remember what the doctor told me. The doctor said, “if I bring you back your son then, he wouldn’t make it. I don’t want to put him in the ambulance knowing he wouldn’t live long without you having your last words”
That saying stuck with me the entire time pushing. I was suppose to get an c-section but, didn’t receive one. I pushed my son vaguely. After giving birth to my son I didn’t get to see him. I didn’t hear him cry at all. He was rushed to the back and I immediately started crying. I was hoping that god wouldn’t down me. My son great grandmother started praying. Until I heard my son crying so loud in the back. My prayers was answered. My son Julien Tucker was 7 pounds and 11 ounces. He lived and beat the odds that was thrown at him. There were a rainbow at the end of my storm.