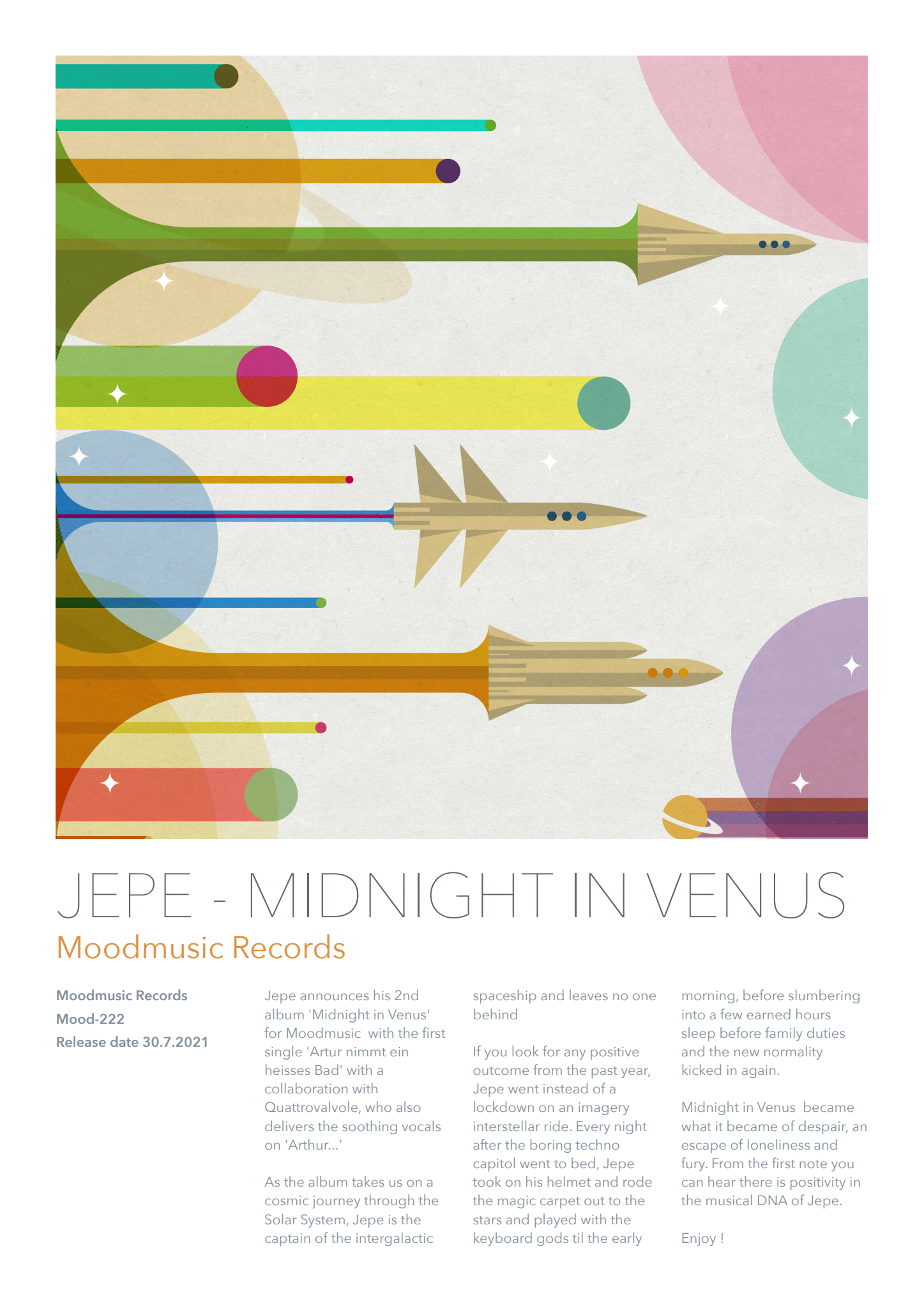 Jepe announces his 2nd album 'Midnight in Venus' for Moodmusic

Jepe announces his 2nd album 'Midnight in Venus'for Moodmusic with the first single 'Artur nimmt ein heisses Bad' with a collaboration with
Quattrovalvole, who also delivers the soothing vocals on 'Arthur...'
As the album takes us on a cosmic journey through the Solar System, Jepe is the captain of the intergalactic spaceship and leaves no one
behind If you look for any positive outcome from the past year,
Jepe went instead of a lockdown on an imagery
interstellar ride. Every night after the boring technovcapitol went to bed, Jepe took on his helmet and rode
the magic carpet out to the stars and played with the keyboard gods til the early
morning, before slumbering into a few earned hours sleep before family duties
and the new normality kicked in again.

Midnight in Venus became what it became of despair, an escape of loneliness and
fury. From the first note you can hear there is positivity in the musical DNA of Jepe.
Enjoy

Guide followers to your most important links 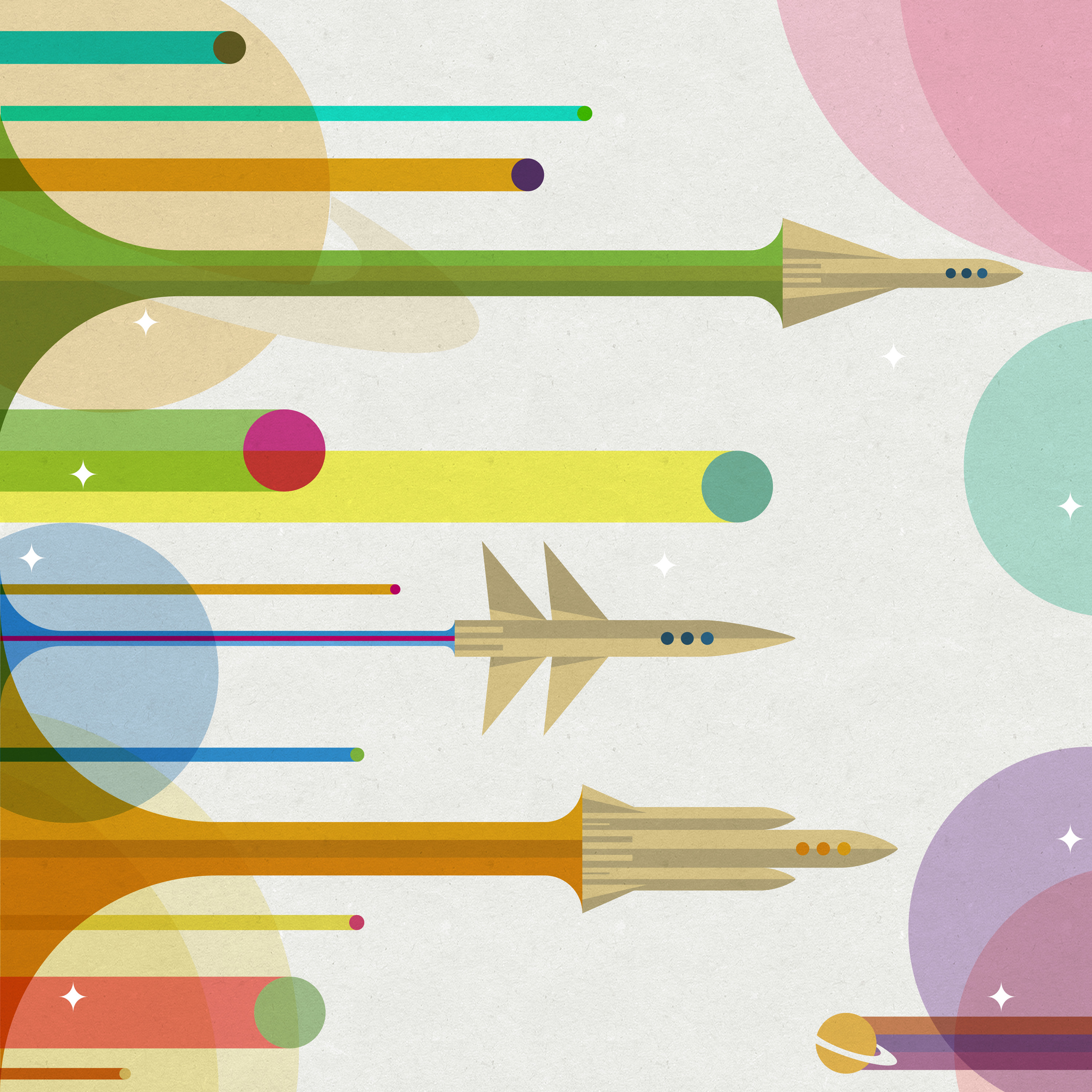 My latest videos. With my releases and latest album videos