Celebrating Clannad’s 50th anniversary in 2020, with music, memories, and memorabilia ✨ 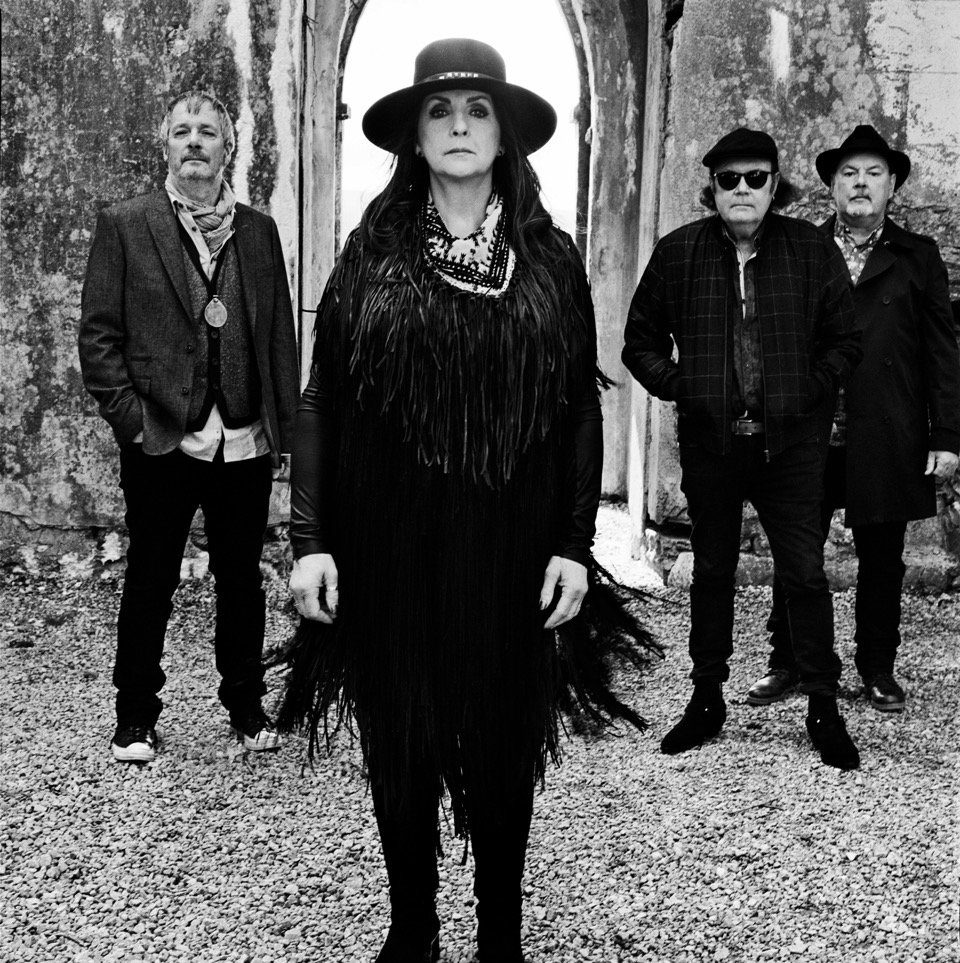 From their early beginnings as Clann As Dobhar, siblings Moya, Ciarán and Pól Brennan, and their uncles, Noel and Pádraig Duggan, took the traditional and flavoured it with the modern. A risky move - but it perfectly sums up how they carved out their own musical niche to become Clannad.

Not content with simply documenting the traditional songs they collected in their youth from the people of Donegal, they added their own harmonies, sonic textures, and a contemporary sensibility learned from the popular music coming into Ireland from the US and UK to create a new sound.

Over sixteen studio albums, rarely have the band stood still. Elements of jazz, pop, rock - and even chill-out ambient - have infused their music with an ever changing sound. This restlessness, this willingness to take the road less travelled, has produced a much-loved body of work spanning 50 years that has been recognised with numerous awards including an Ivor Novello, a BAFTA, and a Grammy; eight Top 10 UK albums; two award-winning soundtracks; and a loyal global fanbase.

The Clannad50Years fan site and Instagram account were created to celebrate Clannad’s 50th anniversary in 2020. Being a fan for over 35 years, I wanted to share some personal memories of the band, show various items I’ve collected over the years, and discuss their legacy as they embark upon their farewell tour.

Made in Dublin, Ireland, with love. Thanks to Clannad for the music and the memories x 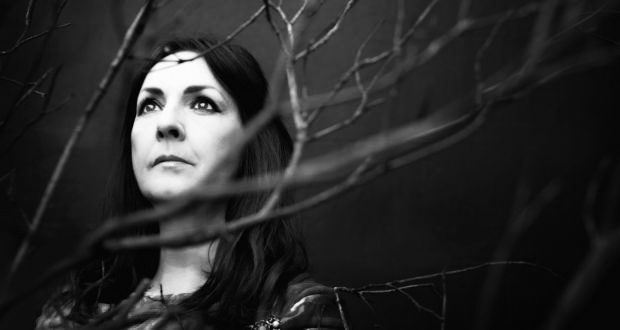 Timeless - The Best of Moya Brennan 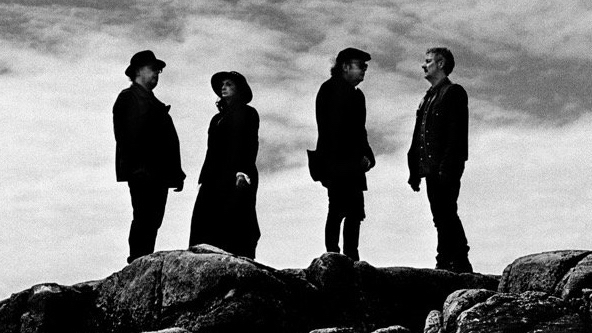 The Best of Clannad

Spanning the band’s entire career and including their latest single, ‘Who Knows (where the time goes)’ Delve deeper into the band’s collaborations and solo projects 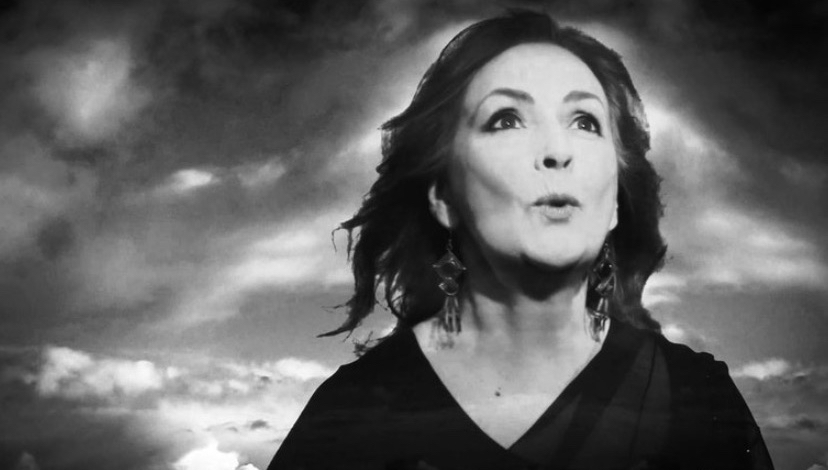 A selection of remixed tracks and new music, blending the classic Clannad sound with electronica and dance 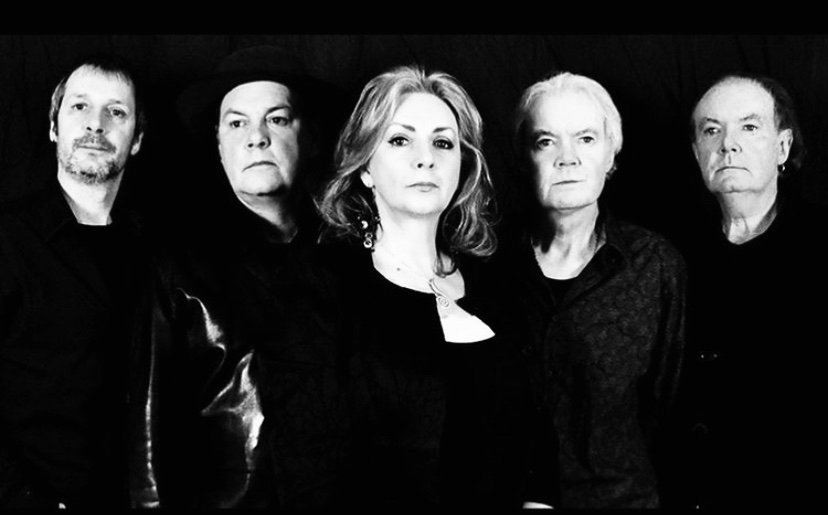 A selection of some of the best Clannad instrumental tracks 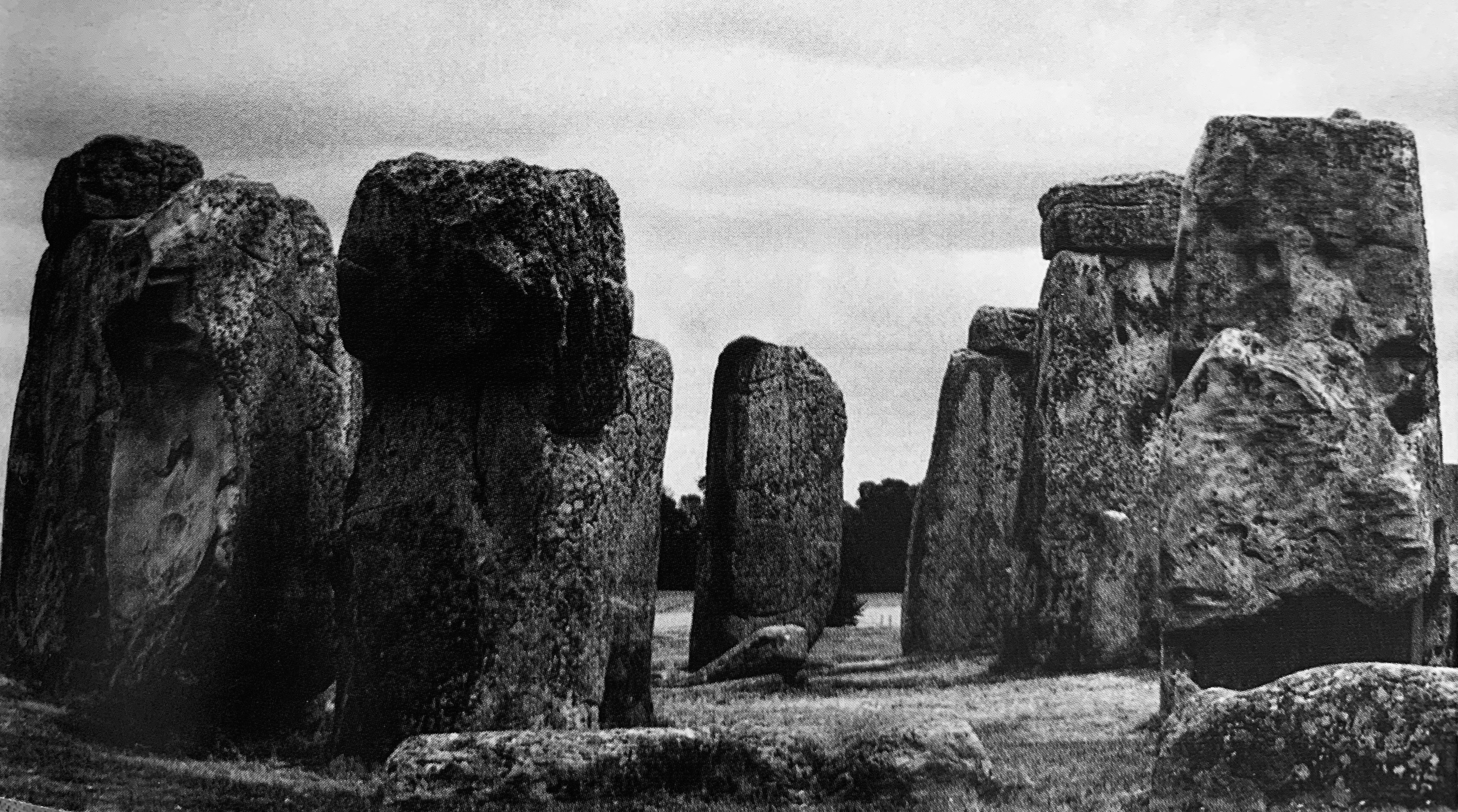 Fan-curated playlist of songs by Clannad, Moya Brennan and Cormac De Barra, that are giving comfort during these uncertain times

A 1986 compilation released by K-tel International Ltd. in Ireland 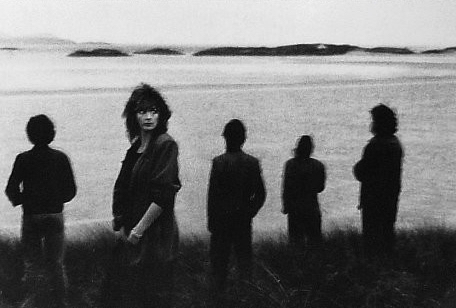 Songs Of The Sea

Get swept away in this playlist about seas, oceans, fishermen, and mermaids... (a life jacket is stowed beneath your seat) 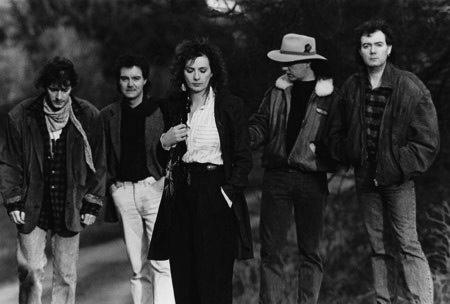 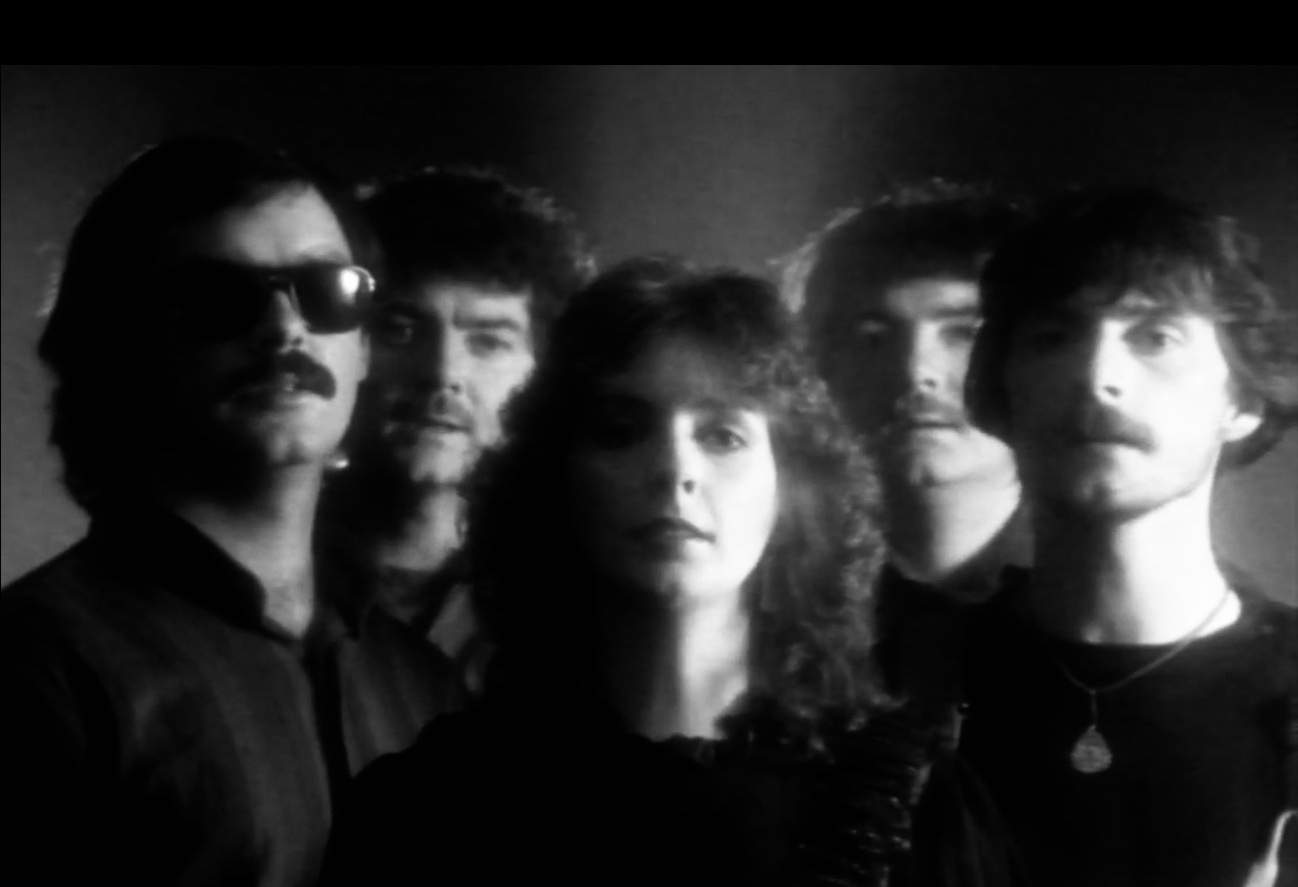 Watch a selection of the best Clannad clips from YouTube.

Who Knows (where the time goes)

Closer To Your Heart

Something To Believe In

A Dream In The Night

Closer To Your Heart / Almost Seems Too Late To Turn

I Will Find You (Live)

The Wild Cry / Closer To Your Heart (Live)

Find out more about Clannad on their official website and social media channels.

The Art of Crann Úll 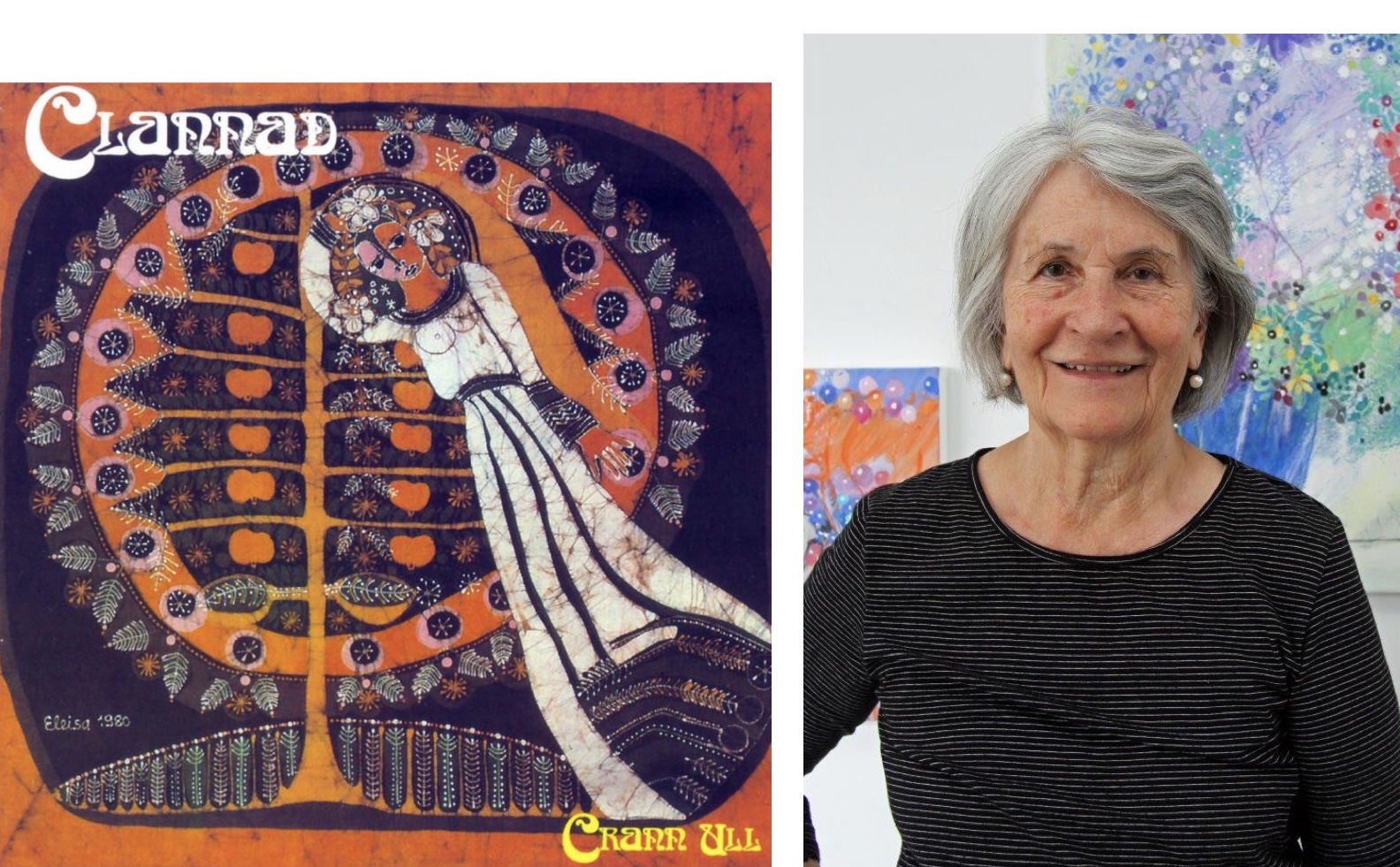 A profile of Eleisa Rohner

In the late seventies, artist Eleisa Rohner was fascinated with the rough beauty of Ireland. It’s myths and music became a main focus in Eleisa’s creations, and many of her “Cotton Tales” (a form of batik-technique) were inspired by Irish folk tales.

She was introduced to the music of Clannad by her daughter Sabeth. Fascinated by their sound and the uniquely beautiful voice of Máire Brennan, the whole Rohner family attended many of their Swiss concerts. A still ongoing friendship between Nicky Ryan, then Clannad’s sound engineer and manager, and his wife Roma and the Rohners led to the band having a closer look at Eleisa’s work.

Inspired by the working title for their 1980 album “Crann ÚIl” (Apple Tree) she created a large “Cotton Tale”, depicting an abstract apple tree and a beautiful mysterious lady, who had some resemblance to Máire.

The artwork was chosen by Clannad as the album cover art and was also used on concert posters. There were several write-ups at the time on this wonderfully unusual connection between music from Ireland and art from Switzerland that illustrated the importance of both the group and the artist.

As a result of this mutual project, Eleisa was invited to hold a solo show in the Ulster Museum in Belfast, as well as several exhibitions around Wexford and Dublin.

Ireland and it’s music, Clannad and Crann Úll became treasured memories for Eleisa. As time went on, she focused her work on topics of her native Rhine Valley. She started creating textile works with locally produced lace and embroideries. She continues her painting, using canvas, paper, water colours, acrylics and gold, and even now there are new apple trees to be found in her work.

Last year Eleisa celebrated her 50th anniversary as an artist. Her daughter Sabeth Holland invited her to run a Duo Show called #SABELEISALAND, where the two artists exhibited together for the first time in more than fifty years of art in one family. Together the two make one of the most outstanding mother-daughter artist collaborations of Switzerland. They both reference the fairytale-like content of the early “Clannad Years” which forms a central part of their work.

Eleisa Rohner is the most important female artist in the Swiss Rhine Valley still working. She was born in 1936 in Widnau and started her career as a painter at the age of 33. Her paintings and textile works are to be found all over Europe. Her sensitivity for simple beauty and harmonious colours has gained her a lot of recognition and many collectors. She has held more than 100 solo exhibitions, mainly in Switzerland, Liechtenstein and Austria, but also in Ireland.

With many thanks to Eleisa and her daughter, Sabeth for their kindness and generosity in sharing their memories 🙏🏻

Legend: Behind The Music 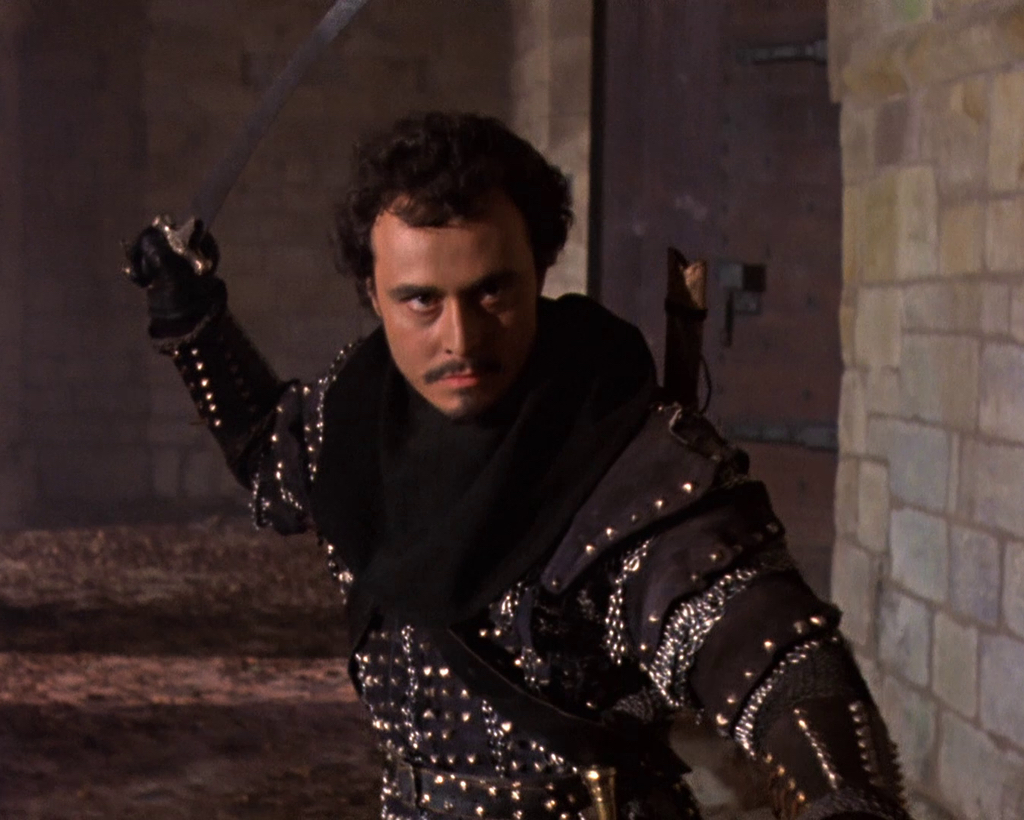 Robin Of Sherwood’s Mark Ryan on the music of Clannad

I recently caught up with Mark Ryan, the actor who played ‘Nasir’ in the TV show ‘Robin Of Sherwood’. Mark kindly shared this wonderful recollection of his time on the show and how Clannad’s music was endorsed by ‘The Merry Men’.

During the early days of shooting Robin of Sherwood in Northumberland, Ray Winstone (‘Will Scarlet’), Clive Mantle (‘Little John’), Peter Llewellyn Williams (‘Much the Miller’s Son’) and myself had all struck up a very strong bond of friendship, which had grown from our riding and training sessions with the stunt-team in London and continues to this very day.

We had been driving around in my car near Alnwick Castle after a day’s filming, looking for a pub to meet with the crew, with whom we had also become very tight.

I was actually playing 'Harry's Game' from the album ‘Magical Ring’ on the stereo and Ray asked me who and what the music was from. I explained it was an Irish band called Clannad and the story behind the drama: ‘Harry’s Game’.

We listened to the haunting, ethereal music of the album as we drove through the ancient and rainy Northumbrian landscape. Ray piped-up and said that this was the kind of atmospheric music we needed for RoS, not the standard, jaunty British TV action theme that usually would have been considered for a show about Robin Hood!

We all discussed the importance and power of the correct music and atmosphere in film and TV and the idea of Clannad stuck in our heads.

I later gave my cassette of ‘Magical Ring’ to Paul Knight (the show’s producer) and we enthusiastically suggested that Clannad should do the music for the show! From what I later understood from Kip (RoS writer Richard ‘Kip’ Carpenter), Paul then played it to him in his car on his way to Bristol from London.

Paul may have already been in discussions with Clannad, as he said he was aware of the band and their style of music but I think the fact that 'The Merries' also liked the mood and tone of Clannad’s haunting and timeless style helped cement the idea for the tone and texture of music for the show.

We were all invited later by Paul to listen to the soundtrack in the studio in London and we had a celebratory gathering with the band. I remember pointing at Moya’s throat and saying to the boys: ‘Your sound is magical but that voice is unique’. I think we were all a little merry that night but we all knew we were part of something quite extraordinary. Great Craic!

Mark Ryan is an English actor, author, singer and action director. He is known for his portrayal of Mr. Gates in the pirate show Black Sails, as Nasir in the TV series Robin of Sherwood, and from the Transformers franchise, for which he has voiced Bumblebee, Jetfire and Lockdown.